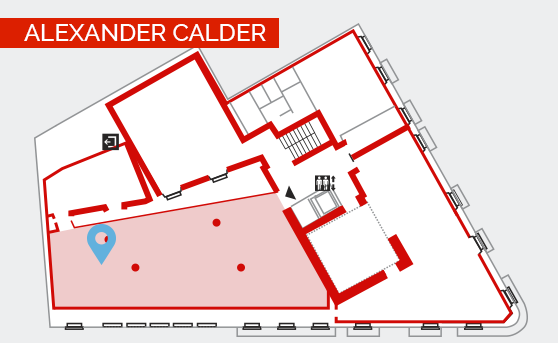 Many contemporary artists have also created toys. The first creations made by the famous American sculptor Alexander Calder (1898-1976), when he was eleven years old, were two small toys, one of which, a duck, could move. Later, from 1926 onwards, he made a series of toys from wire and other materials like painted wood, notably the Calder Circus set, with all the figures and animals of a circus, now conserved in the Whitney Museum of American Art in New York, with which he staged lively shows.

In 1960 he designed the pull-along toy displayed here, which has been recreated by the Vilac company in collaboration with the Calder Foundation. Thanks to the off-centred axle of the wheels, this toy waves its body and tail, realistically imitating the swimming movements of a fish.