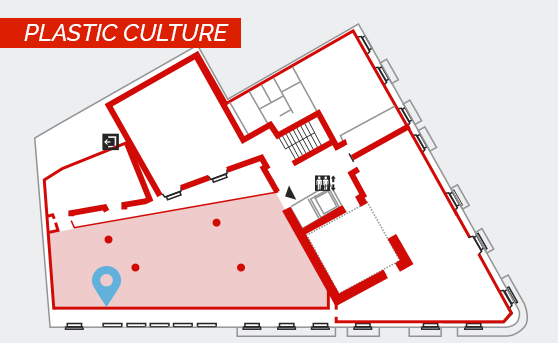 Plastic culture, urban vinyl, designer or boutique toys: these are some of the names given to a movement that falls somewhere between art, design and toys. The result is original pieces, far removed from the mass-produced commercial toys featured in the merchandising of TV series, comics or videogames, for example. Produced in limited numbers, these toys are conceived not for play but for collecting.

In 1998, the Hong Kong artists Michael Lau and Eric So staged a very successful exhibition of GI Joe dolls with customised outfits. Just one year later, the Japanese urban clothing firm Bounty Hunter produced one of these toys and shortly afterwards the illustrator James Jarvis began his production line.

This area displays a significant sampling of the production of the illustrator and designer James Jarvis. Especially interesting are Silas Martin, from 1998, and the Nokia Office Archetypes, from 2004, among others. There are also creations by Will Sweeney, Koji Takeuchi, Daniel Clowes, Pete Fowler, Jim Woodring, Colin Batty, Dave Cooper, Gavin McInners and Dani Montlleó, along with the complete set of the characters of Tim Burton’s book The Melancholy Death of Oyster Boy (1997), made by Dark Horse Deluxe in the USA.

It could be said that Cobi, designed by Xavier Mariscal as the mascot of the 1992 Barcelona Olympic Games, and Bibendum, the image and symbol of the French tyre manufacturer Michelin, are among the first examples of this movement.