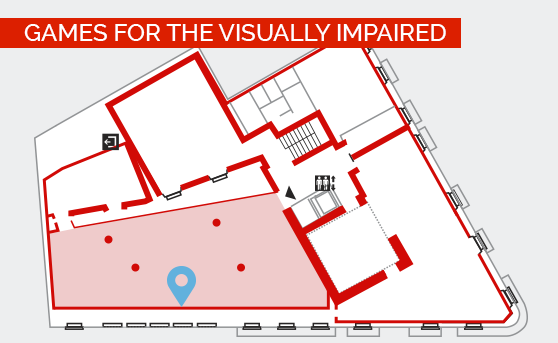 Blind or visually-impaired people use their senses of touch and hearing to read and interpret the world that surrounds them. For this reason, many of the games and toys developed for these people have Braille script or specific raised-relief elements (round, flat, concave and convex pieces, etc.)

In this area we display Brailín, a doll designed in Argentina by a teacher of a blind children’s school. Here it was produced by the ONCE (the Spanish National Organisation for the Blind) along with the toy manufacturer Famosa and the Institut Tecnològic de la Joguina. It is a doll that helps children to learn to read and write, familiarising them with the Braille system. Braillín has six buttons on his stomach, with which the letters of the Braille alphabet can be written in relief. It is a toy designed for blind children, but it can also be used by sighted children to understand the Braille system.

Also displayed here are games like chess, draughts, a Monopoly set made in the USA in 1973, or the “game of the goose,” among others, along with packs of cards and children’s memory games with pieces with different textures or reliefs. Some of these games, although developed for blind people, present the habitual colours so that sighted people can also play them. This is the case of parxís (ludo), in which the players’ pieces fit into holes in the board and the different upper finishes of each one (in addition to the colour) serve to identify them. Also shown is the children’s book Eyes and Stars, dedicated to the work of Joan Miró, adapted to touch: the artist’s forms and vibrant colours have been transferred to various reliefs.

Balls containing bells allow blind people to follow their movements. There is also a globe of the earth with the continents and oceans in relief and the legends in Braille.