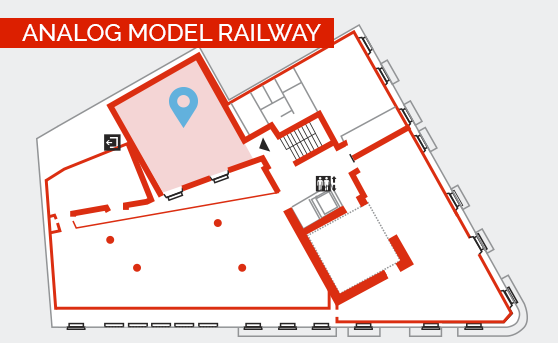 This outstanding model railway was built by Andreu Costa Pedro (Barcelona, 1926-2013). This great lover of trains dedicated eighteen years of his life to building it, and his daughter donated it to the Museum in 2014.

In the early 1960s, Andreu Costa Pedro purchased an H0 scale set that contained a locomotive, carriages and tracks in order to satisfy an unfulfilled Christmas wish that went back to his childhood. From that moment on, the model railway became his passion.

The locomotives in this H0 scale analogue model railway with a 1:32 scale double circuit use a catenary system, which means that the model requires constant maintenance. The model also includes a replica of the Núria rack railway, the Vallvidrera funicular railway and the Montserrat cable car. In addition to creating the circuit and its electrical features, Andreu Costa Pedro also made time to surround his models with detailed scenery in order to make the entire model railway more realistic