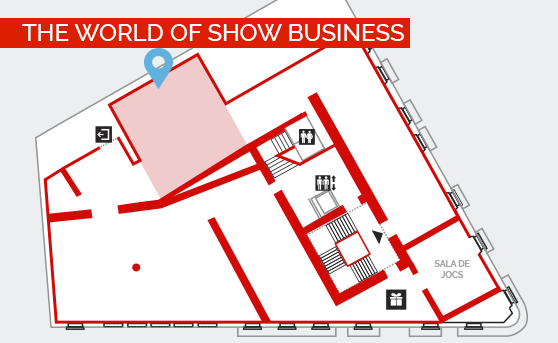 THE WORLD OF SHOW BUSINESS

In this area, visitors will find different types of toy theatres that were popular at the beginning of the 20th century. The mastery in their sceneries and the attention to detail in the characters make them unique. One of the most prized toy theatres is the one produced by Schreiber in 1860.

Catalan wooden puppets, known as “three-finger” puppets due to the way they are handled, are also a very popular traditional toy. This section displays a selection of puppet heads that were made at the Casal de Catalunya (Catalan Cultural Centre) in Buenos Aires by Pompeu Audivert and Josep Planes Cases in 1925.

In the section dedicated to the circus, the “Cirque Athlétique” made by Agapit Borràs of Mataró in 1900 stands out. The “Circ K”, made by the art critic Lluís Marsans in 1950, also continues to surprise visitors as its circus conveys an extraordinary modernity and all the excitement of circus performances.