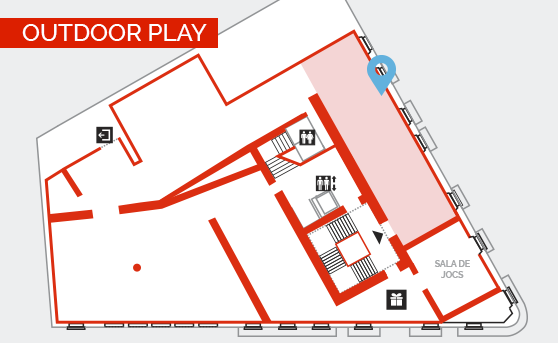 Four walls are unable to limit the creative possibilities of play. Streets and squares have always been meeting places for children, where they share toys and create new, parallel universes.

Scooters and bicycles have been among the toys most coveted by girls and boys since the beginning of the 20th century. Among them, the scooter produced by Auto Sport in 1925 stands out for its dizzying speed. However, burning rubber is not the only option for playing outside: other less boisterous options including marbles, skittles or diabolos were also very common.

Among the surprises in this area, visitors will find the writer Quim Monzó’s roller skates, a creation by Catalan artist Josep Guinovart that represents skittles or Joan Canela’s bicycle made entirely of wood.